Baxter’s Pass “Baxter” started life out as a race horse in California. He’s a great big Thoroughbred – 16.3 (and a smidge more) hands tall and built big and stocky like a ‘Warmblood’ rather than your typical fine-boned Thoroughbred, but he was also a winner, bringing home over $300,000 before leaving the track.

However, as might be expected, this hard-pounding work on young bones took its toll early and has continued to be a problem for Baxter. Early on 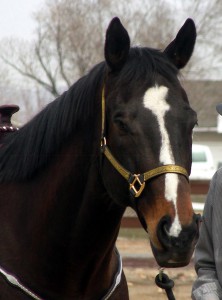 Baxter had a torn Suspensory Ligament. The man who owned him took him off the track and allowed him to heal for 6 months, but then put him back on the track. When he was re-injured his owner decided to consider him done and gave Baxter to his daughter.

The daughter again allowed Baxter to heal. He then began his second career as a show horse, being ridden in several disciplines, including dressage. Luckily, the gal cared enough not to push Baxter to be a ‘jumper’ though he is certainly built for it!

Baxter was working as a lesson horse when we found him. Bambi states that she knew Baxter

was her horse the very first time she saw a picture of him and when they met, Baxter and Bambi immediately clicked!

Though Baxter is a very big horse, he seems to draw the attention of everyone from the smallest child

to the most tentative grownup. Even though he has occasionally had issues with his legs and hooves (thin soles requiring special shoes), he has always been willing and eager to work his magic. 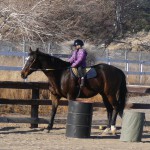 Sadly, nearly a year ago Baxter became ‘lame,’ limping and obviously in pain, especially on his left front leg. The x-rays and exams show that he has arthritis and ‘Ringbone‘. We have given him all kinds of medications and even had several types of injections done, some of which have helped for awhile. However, nothing has provided the long-term relief we hoped for and Baxter has continued to

fret on the sidelines while the other horses in his herd work with our clients.

Our veterinarians has advised us that as a last resort, we consider ‘nerving‘ Baxter.  Frankly, we feel that we have done all we can at this point, and though the surgery isn’t inexpensive and does pose some risks, we feel that Baxter deserves to have a happy and pain-free life for as long as possible. So, with some very kind assistance, Baxter will be traveling to Comstock Veterinarian Clinic on Monday for his procedure. We anticipate that he will have at least a 6 week recovery/reconditioning period, but hope that by early May,

he is back in the game doing the work he loves!

We appreciate any healing thoughts you are able to send his way. He is an awesome horse and we look forward to many happy and healthy days ahead for him. 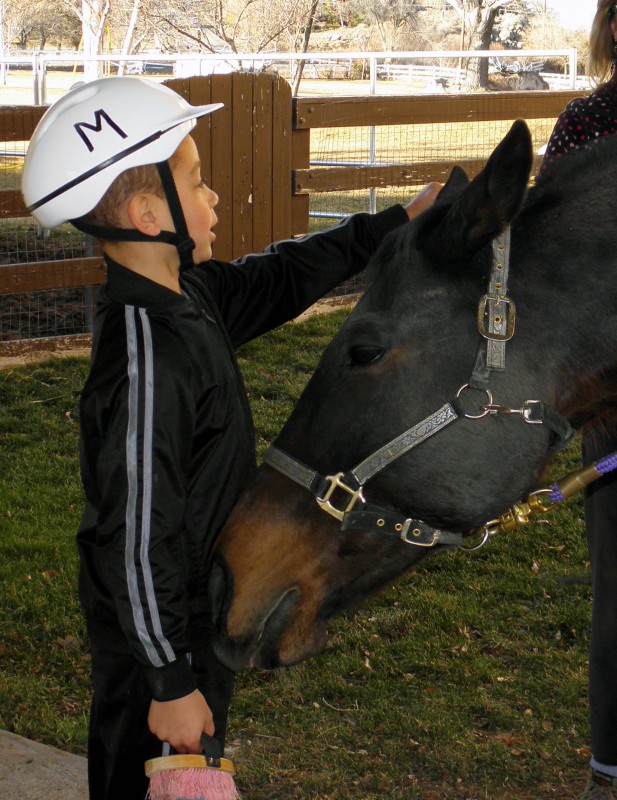 2 Responses to Profile of a Therapy Horse