What are reasonable expectations for someone diagnosed with Asperger’s?

I had a parent call me to express his concerns about his son’s behavior on their recent vacation.”Don’t get me wrong, we had a great time. It’s pretty rare that the whole family can get away and we had a really good time. But my older son had some real frustrations when Kevin (adolescent w/asperger’s) would chime in with something completely out of context to what was going on.  I just couldn’t keep Kevin from going off into his own little world of make believe. I don’t like to hurt his feelings, but it just seems so weird.” I commiserated and suggested that Dad could couch it by saying something like, “I’m not saying this to hurt your feelings, but I know you want to fit in with others…” I also told Dad that I would address this in our next session. 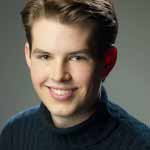 Kevin is a bright teenager. He does well in school especially now that he is at a school that takes his learning strengths into account. He suffers from anxiety and depression and is pretty much in denial about his condition, “I’m not like those kids.” He is kind and appropriate with the horses. He has come a long way in his confidence and riding ability.

At our next session I asked Kevin about his vacation. He said it was good, “We went to the zoo. They had a lot of monkeys and birds and all kinds of things.”  When pressed he did admit that he had a fight with his older brother, but stated that he couldn’t remember what it was about.  He shared that he and his Dad had a laugh about how the monkeys were “playing”. “Yeah, the parents were trying to get the little kids not to look. My Dad and I thought it was funny.” I kept asking him about how everyone got along and he said that he thinks his parents might not have liked that he had his IPod on a lot of the time, “but I just like listening to my music. “

Next I tried to ask about inappropriate comments made during conversations – “if your friends are all talking about homework do you every just say something about ‘spider man’?”  Kevin agrees with this, but when asked how that works, he seems to think that everybody just changes to the subject of spider man, “we all think spider man is really cool!”

So now I’m wondering, is it reasonable to expect Kevin to stay engaged in a conversation that is going on around him, but that he is not actively involved in?  Conversation is often a challenge for those on the spectrum. Maybe it’s his parents responsibility , if they feel it’s important, to make sure that he stays engaged, maybe asking him for input on a regular basis so that he feels a part of the conversation and does not mentally leave.

I thought of this in the context of what I expect from my horses. If we are out on a trail ride and I don’t keep the horse engaged, her mind will certainly wander, she will probably try to put her head down to nibble some grass or grab a bush.  I know it is my job to keep her mind on what we are doing, to occasionally remind her that we are working.

So for Kevin, I just don’t know. I do know that he needs to stay engaged in school and his grades would indicate that he does. I know that he does want to fit in, but maybe he will find friends that are not too critical and that he enjoys being with enough to “stay in the game.”  And then there is the family.  Perhaps Kevin’s parents can work with him through modeling on how to participate in a conversation appropriately.  Also, when they really want him to be a part of something that is going on, they could employ a strategy of asking for his input on a regular basis so that he is continually engaged.

This entry was posted in Asperger's. Bookmark the permalink.