When Foster Kids “Age Out” of the System

Recently my good friend, Joseph Galata, Executive Director for Sierra Association of Foster Families, has been talking about the many homeless young people he has met who were in foster care before ‘aging out’ of the system. It is a sad statement that we have been unable to prepare these young people to be healthy, happy and successful at living.

This article, in the Vancouver Sun, talks about this

problem and how being suddenly cut off from all the support they have come to count on can amplify other issues that foster kids have been dealing with.

Those in foster care are a very vulnerable population for many reasons. Let’s be honest, in order to end up in the foster care system something has gone terribly wrong. Not only are these kids/teens working through 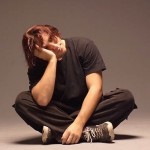 what they may have been exposed to (everything from drug and alcohol exposure in-utero to verbal/physical/sexual abuse), but they also are left with an emptiness over the loss of the family, no matter how bad the situation was. The drug causes the blood rush to the genital organs and stimulates erection as stated at http://www.portalofnaturalhealth.com/viagra/. However, its effect is temporary. Besides, patients need a moral support from the partner, i.e. lack of psychological problems. The absence of sexual partner can nullify the effect of the drug. Scientists conducted studies to find out the effects of Viagra on various age groups (50-87). Wards became more sexually active, that is, phosphodiesterase 5 inhibitor gives a real positive effect. However, it increases worrying about dependence of the possibility of sexual intercourse on taking the drug.

They come to us with low self-esteem. They are fearful, sad, angry and everything in between. They often have limited trust and may lack empathy (hard to get inside someone 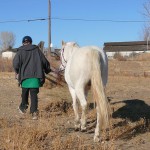 else’s feelings when yours are shut down…) But through work with horses we are often able to help them find a path to healing.

We need to do better for these kids while they are kids and as they begin to reach adulthood. Let the decision makers know that you want them to do more…