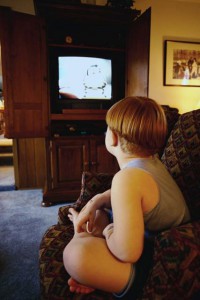 Watching television for any length of time, whether the news of a prime-time show, and you will inevitably come to the conclusion that virtually everyone is either very rich or about to die a horrible, bloody death. These pictures affect us more than we know. We fear that the awful events on television will happen to us, and we are frustrated that the nearly universal wealth we see on television hasn’t reached us yet. Separate what you see from what you know to be real. Base your expectations on reality, not on television.

Kids are especially susceptible to this confusion about what they see and what is real.

And so many kids today don’t do much of anything other than “watching TV.” They may not be able to tell you their address, but they can tell you what their favorite television show is. The repeat nonsense lines from their favorite shows as if it is unimaginable that we won’t know what they are talking about. What’s more, so much of what is on television is, if not ‘in your face’ violent, then aggressive in the extreme. 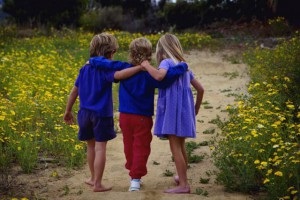 And this doesn’t even touch on the fact that kids are missing out on so many things when all they do is watch TV! They don’t have hobbies. Their imagination is not working. They are not outside experiencing nature.

When our clients spend time at the ranch with the horses, they are experiencing a very different kind of event. All of their senses are engaged, from the feel of the horse’s coat to the smells of the barn. They become immersed in the experience. They learn that there is a much more exciting way to be engaged in the things around them. They 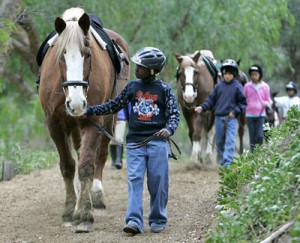 have something new and exciting to talk about and begin to realize that there is so much more to the world.

Television changes our view of the world, and can encourage us to develop highly unrealistic and often damaging conclusions that serve to reduce our life satisfaction by up to 50%.  Jeffers and Dobbs  1995